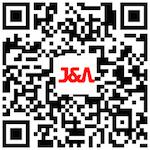 When the economy and technology promote the rapid development of the city at a speed beyond imagination, J&A Design, which has grown together with China's urbanization, has been thinking and exploring. How to deeply analyze the evolutionary trend of urban development from the perspective of design companies and designers, use design to interpret the future scene space, and outline the blueprint of the future city.

In the face of this problem, [Future City], the host and chief designer of the J&A Jen Design, Mr. Jiang Feng, said: "Since the establishment of the J&A team for 20 years, we have been committed to becoming a respected leader in the creative design industry. Regardless of the manager As a design team, I have always asked everyone to look forward to the future. 'Future City' is a global salon event based on urban thinking and future development. Many of them are also excellent young design directors from J&A. I share their support. I very much support their thoughts and intentions on the future city. I also hope that more partners can participate in it, so that the "Future City" series salons become a TED sharing between the design circle and the real estate circle, so that more People lead to thinking and discussion. " Vanke, Longfor, Yunnan Investment Holding Group Co., Ltd., C&D, Guanjiang and other well-known domestic developers, people from all walks of life, such as financial real estate, technological innovation, and fans who were lucky selected in the online registration channel attended the event.

[Future city] Since the first departure of the series of design salons in 2018, it has been held in Beijing, Shanghai, Shenzhen, Chengdu and other cities, attracting great attention from the industry and outside, and the topics discussed have continued to ferment, causing widespread social Discussion and discussion.

This salon has a total of 234,000 online live streaming views and 75,000 likes. Thank you all for your attention and affirmation of the event. Your support is the biggest driving force for the future salon.

The only constant in the world is change itself. Times have changed. Humanistic forces are constantly acting on cities, causing qualitative changes in social needs. Under the conditions of technological empowerment, creative design will reinterpret the inner soul and value orientation of urban architecture, and create a better future for the city.